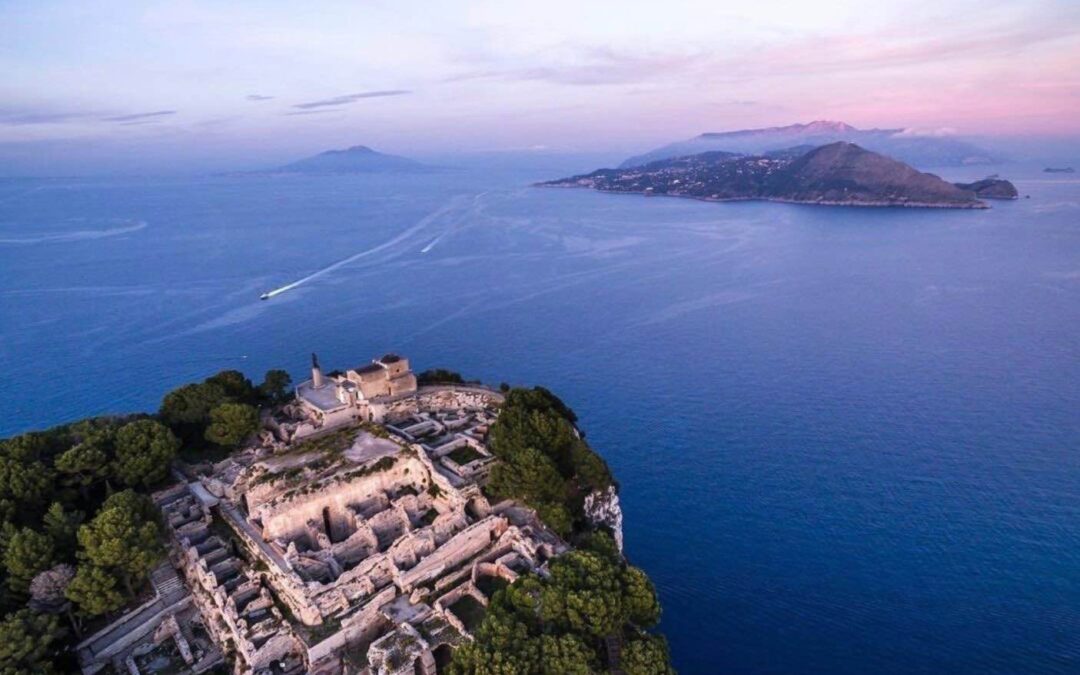 To get away from the chaos, the hectic pace and the hard rhythms of the Roman city, the emperor Tiberius chose the island of Capri to devote himself completely to welfare and idleness. And here he decided to build many of his residences, including the largest one: Villa Jovis.

Known as Villa di Giove, it’s deeply loved by all lovers of art, history and architecture for its perfect combination of nature and design, breathtaking views of the Gulf of Naples and Mediterranean vegetation. Let’s discover together its history, architecture and how to get there.

The history of Villa Jovis

Tiberius was born in Rome in 42 BC, from Livia Drusilla and Tiberius Claudius Nero, belonging to an important Roman patrician family. Distinguished by his skills as a commander and strategist, he gained recognition as one of the best lieutenants of Augustus.

It was 14 AD when he visited the island of Capri for the first time and from that moment he simply couldn’t separate himself from it. He spent, In fact, the last part of his reign in Capri, in his favorite residence, Villa Giove.

His place in the world par excellence, full of luxury, isolation and wellness. The villa was built in the first century AD, located on the peak of Mount Tiberius, precisely in the eastern part of the island of Capri. From this advantageous position, Tiberius ruled his empire for over 11 years.

The architecture of Villa Jovis

At the base of the architecture of Villa Jovis there is only one key word: comfort. Everything was designed in order to give a sense of wellness to the emperor.

The problem that the architects had to face in the design, realization and building of the work was the water supply. You have to know that in the upper levels of the island there was a terrible water shortage: how to find a remedy to this? Through the construction of two water cisterns of deep capacity, placed in the main part of the villa.

Thanks to the collection of rainwater it was also possible, in the following centuries, to supply drinking water.

The building was built on several levels: as soon as you arrive, you start a real touristic path among stairs and tunnels, with a dominant protagonist: the sea.

From the majestic dimensions that almost recall a Roman fortress, you can access the villa from an imposing entrance. You get to the upper level, where you can admire the servants’ areas from above. How not to mention the spa area, loved by the emperor, an area where he spent a lot of time, even for health issues: hence the name of “Baths of Tiberius”.

In addition to the baths, another great passion of Tiberius was astronomy: he lived with the faithful astrologist Trasillo and together with him, from the lighthouse used for astronomical observations, he loved to admire the sky.

This lighthouse, also used for signaling the mainland, unfortunately is no longer visible, as it collapsed after an earthquake.

Other information about the Villa?

The villa was discovered only in the 18th century, during the reign of Charles of Bourbon: it’s  currently well preserved, although some artifacts have been lost.

How to get to Villa Jovis: the directions

You can reach Villa Jovis on foot, from the piazzetta (small square), with a nice walk of 45 minutes. You have to follow, accurately and in order, the following roads:

An alternative route, always starting from Piazza Umberto I, is as follows:

One big advice: wear comfortable shoes as the road is all uphill.

How to visit Villa Jovis: times, prices and opening hours

As for the opening hours and the days it’s opened, here is all you have to know:

As for the months from October to March, we suggest you to inform yourself about the opening hours at the info points, in order to have certain indications.