Via Camerelle: between tradition and innovation 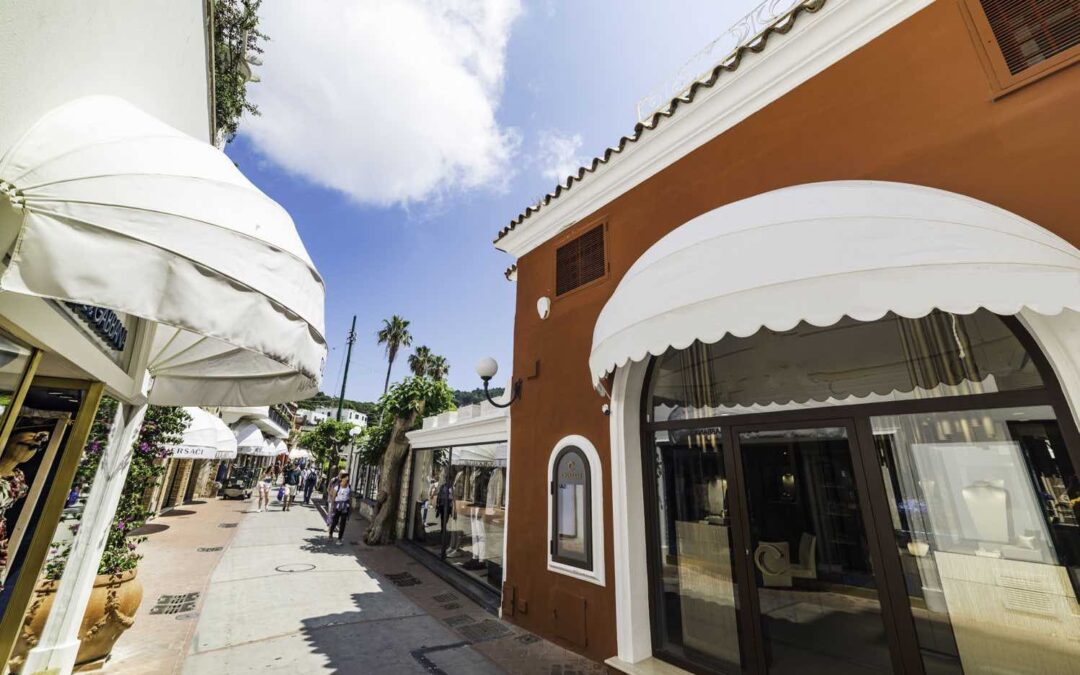 Tradition and innovation, history and modernity, hospitality and elegance: this is how Via Camerelle presents itself to its visitors. Defined as the street of shopping and big names. A walk in one of the most glamorous and fashionable areas of the island, that is, actually, much, much more than that: it’s art, tradition and history. Let’s discover it together!

The history of Via Camerelle

Built by the Romans, Via Camerelle initially represented a stony path on the slopes of Mount Tuoro. In ancient times it was known with the name of Via Anticaglia, it will take its current name from the 19th century.

Why the name “Camerelle”? There are several theories:

Today, little remains of these elements, made of Roman marble, due to issues related to the renewal of the road. They have been replaced, in fact, by the stores that now illuminate the street.

Why should you go to Via Camerelle?

Among the structures to visit in via Camerelle we have:

But where did the desire to create, develop and build stores in this street come from? This decision was taken many, many years ago, precisely in the 1940s, when the Americans, in order to forget the terrible moments experienced during the Second World War, stopped in Capri for a pleasant walk. From there, the first stores began to appear. One of the first was the Chantecler jewelry shop, opened by Pietro Capuano.