The history of the Punta Carena lighthouse: Capri’s most beloved “beach” 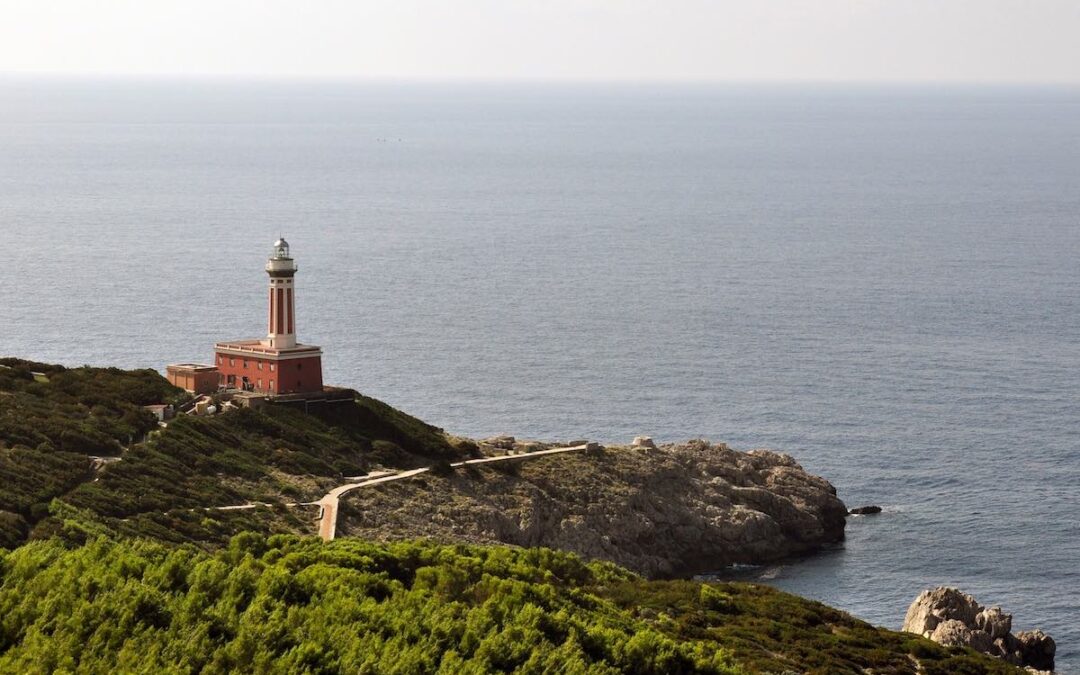 Punta Carena is the border between the sea and the sky, between the infinity and nature, between infinity and earth. In ancient times it was called Punta di Limmo, from the Latin word “limen”, which means border.

To build the wall behind the lighthouse were the British at the beginning of the 19th century, to protect, defend and shelter the island from possible attacks. The lantern of the lighthouse, instead, was built in 1866, and is among the most beautiful and important of the Tyrrhenian Sea. Enough to say that it’s the second largest lighthouse in Italy, after the one in Genoa, for power and illumination.

To highlight and understand its uniqueness, it’s essential to retrace the history of its construction, which began in 1862. It was the period of the Bourbon kingdom of the two Sicilie when it was built and switched on for the first time 14 years later, precisely in 1876.

At the foot of the lighthouse, we find the beachfront. If we ask the inhabitants, lovers and visitors of Capri which is the most beautiful beach of the island, they answer “Faro di Punta Carena” (Punta Carena lighthouse). Actually, this is not a real beach but a rocky bay, with crystal clear water, ideal for those who want to get away from the crowds that invade Marina Grande and enjoy moments of pure relaxation.

The best time to visit it? The sunset, when the sun’s rays reflect on the water of the sea creating a nuance of shades that hypnotize the eyes and involve every sense of the body.

You can reach the lighthouse either by bus or on foot, following these directions: