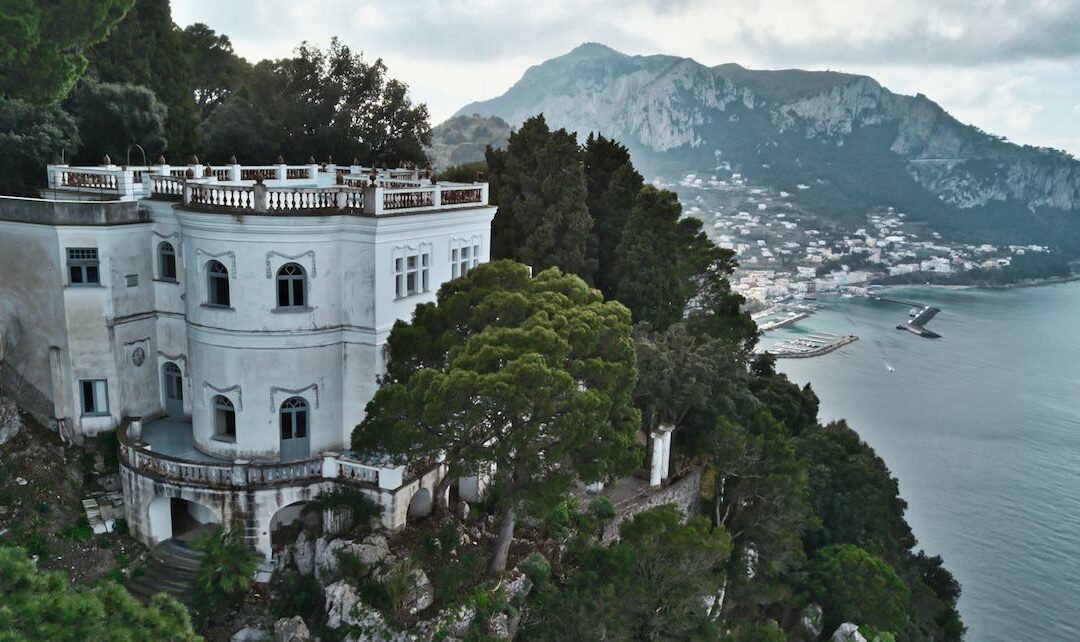 The mystery of a history that’s unknown to many, the secret of the life of its builder, the magic of a unique and wonderful place: Villa Lysis is one of the places you absolutely must visit during your experience in Capri.

It was built in 1904 by Count Fersen, whose influence is evident at first glance: elegance, lust and eccentric decorations. Let’s discover together its characteristics and history.

The history of Villa Lysis

Jacques d’Adelswärd-Fersen was born in the city of Paris in 1880, precisely on February 20, from a very noble family, enriched over the years thanks to the steel mills he owned.

He arrived in Capri for a pleasure trip to greet his dear French friend Robert de Tournel, who acted as a real Cicerone on the island of Capri. He showed him the beauty of a magical place, the history and tradition around every street corner.

It was November 1903 when he was convicted of outrage against public morals and corruption of minors, so he decided to leave his homeland and start his second life on Capri. He took the title of Count of Fersen, abandoning his surname of Adelswärd (tainted by the sentence). He decided to design, realize and build his residence in the highest point of the island. Let’s discover its architecture together.

The architecture of Villa Lysis

Its construction began in 1904, by architect Chimot, in the style of Louis XVI. Uniqueness, romance and sea view: “Count Fersen was looking for a romantic place, not too close to the city, something remote and solitary where he could build his acropolis of beauty”.

The characteristics of the villa are:

Why was it called Villa Lysis? In honor of the young Athenian Lysias, friend of Socrates, mentioned in the homonymous dialogue of Plato.

How not to love the inscription at the entrance: “Amori et dolori sacrum”, words in which is enclosed the existence, the identity and the soul of the Count. The villa became a place, a stage, the scene of many meetings for writers, poets and lovers of all forms of art.

How to get to Villa Lysis: our directions

If you start from the Piazzetta, continue, in order, as it follows: Via Longano, Via Sopramonte, Via Fuorlovado and Via Croce. Once you arrive in this street, continue to Via Tiberio and Via Lo Capo and then you’ll reach your destination. The distance is about 45 minutes on foot and many streets are uphill, so we recommend wearing suitable and comfortable shoes.

The weekly closure is usually on Wednesday.