Between legend and tradition: the beauty of the Faraglioni of Capri 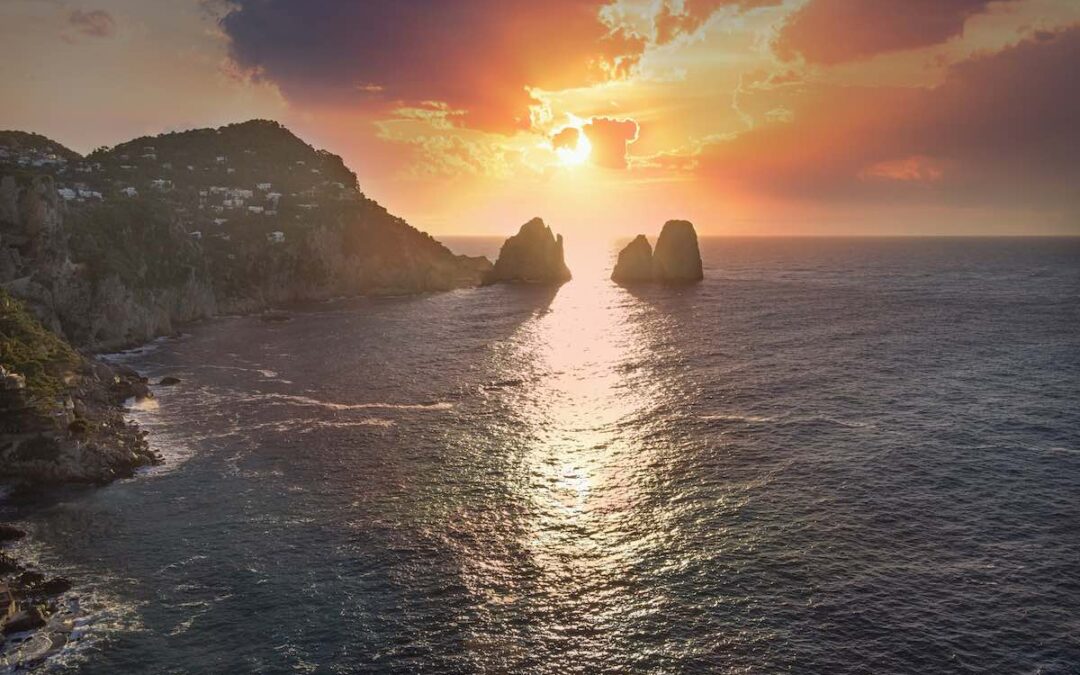 When we pronounce, hear, listen to the word Capri, we cannot but associate it with the magnificent image of the stacks (Faraglioni), the symbol of the whole island. Three rocky peaks that have characterized the history of Capri.

The history of Capri’s Faraglioni: let’s discover the legend together

Let’s take a look at legend that has terrific ancient origins, finding its origin in the Odyssey written by Omero. The Greek poet identifies the stacks as the rocks thrown by Polyphemus against Ulysses.

Virgil, on the other hand, gives them a different identity: the stacks are the abode, the habitat, the home of mermaids: angelic with a diabolical soul. Through their song, they circled the sailors and then killed them.

Another legend, instead, consider the stacks as lighthouses of the island, real guardians who protected it from external attacks. The name Faraglioni derives, in fact, from the Greek word “pharos”, that indicates the lighthouse.

On their peak were turned on huge fires, especially during the night, in order to indicate the correct route to the helmsmen and to evidence eventual obstacles/dangers.

At last, the Faraglioni are seen a symbol of fertility for all women: they illuminate their path and facilitate the fertile period.

Analyzing, instead, this natural wonder from a geological point of view, the stacks are “born” because of the karstic waters, which have formed these atypical rocks. Therefore, their shape is linked on both marine abrasion and atmospheric agents.

Curiosities about the Faraglioni of Capri: let’s see them together

Do you know the names of the three stacks of Capri? Let’s discover them together:

We also have a fourth stack, the “Monacone”. It takes its name from the monk seal, present in the waters of Capri until the early twentieth century. Due to its small size, it’s defined as a rock but it’s right to point out that it is a real stack. Several historical studies identify the stack as the rest of the tomb of Masgaba: for those who do not know this, it’s the emperor Augustus’ architect.

How can you visit the Faraglioni? Follow our indications

You can visit the Faraglioni thanks to the many tours that are organized by tour companies. Going through the natural gallery of Stella, admiring the beauty of Saetta, discovering the details of Scopolo: a unique experience we suggest you do at least once in your life. For information, we suggest to consult the info points that you can find in Piazzetta or Marina Grande.