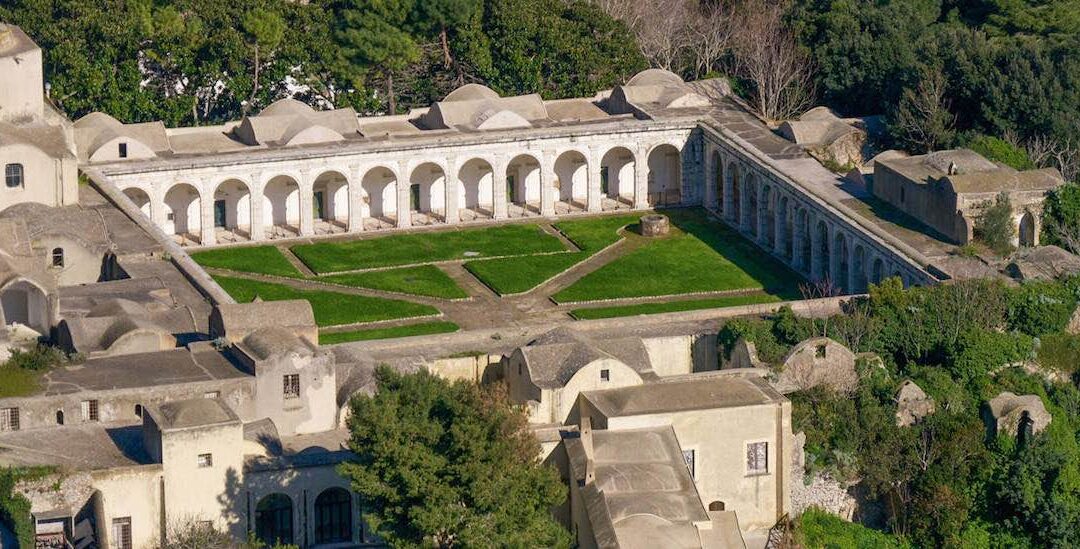 Among the most historical monuments, artistic beauties and wonders of Capri, how can we not mention the Certosa di San Giacomo? For each of its corners there’s an emotion to live; in every piece of its history, a memory to share. Let’s discover together all the characteristics that makes it so loved by everyone, not only by the islanders, but by the entire nation.

Known as the Oasi di San Giacomo, this represents the oldest monastery of the island. Its creation dates back to the second half of the fourteenth century, as evidenced by the fresco on the gate of the Church (dated 1371). The Count Giacomo Arcucci, Great Camerario of the Queen Giovanna I D’Angiò, strongly wanted its construction.

In 1373 the Queen sent on the island the Fathers that would have had to guard the Certosa, that suffered, due to pirate raids, multiple damages. It went through, in fact, many restoration works, while preserving its architectural, artistic and historical identity.

Under French rule, in 1808, the Certosa was confiscated and used as barracks. It then became a hospice for disabled persons and a stockade. Only in 1936 it was given to the Canonici Lateranesi and, after the World War, it was used as the location of the municipal library and the classical high school.

The Structure and Architecture of Certosa di San Giacomo

Let’s start from the Church inside the Certosa di San Giacomo, the highest building that dominates the whole scene.

What are the elements that immediately catch the visitor’s eye?

In addition, it’s impossible for those who love history not to focus on the fragments of frescoes from the eighteenth century.

We have, then, the Monastery, which represents the central part of the Certosa di San Giacomo. A space reserved for seclusion and prayer, with twelve monks’ dwellings, who lived in the Certosa. It’s a building on two levels, marked by the cross vault that symbolizes the Cross.

Beyond the large cloister we find a smaller one, that is the accurate fourteenth-century representation of the Certosa.

The Museum, opened in 1974,  is named after the painter Diefenbach, and it’s the house of his wonderful creations. An artist who chose the island of Capri as his home, as his source of inspiration. The works create a strong emotional impact, the viewer will experience an intense emotion from the very first glance: art blends with history for a unique artistic journey.

Of the three hundred works made over the years, a good part has been donated to the State. Inside the museum we can currently visit a collection of 31 works, 5 sculptures and a portrait of the painter, made by the artist Ettore Ximenes. Inside the museum we also have some precious statues depicting the gods of the sea, found at the Grotta Azzurra.

Inside the Certosa di San Giacomo is also hosted the classico (of classical studies) high school of Capri: a historical structure, symbol of culture, education and learning. Moreover, in the summertime, the Certosa becomes a popular venue for demonstrations, concerts and events.

From the garden of the Certosa you can admire a fantastic view of the island and its faraglioni.

The opening hours, for the related months, to visit the Certosa di San Giacomo are as follows:

If you want to have reliable information on opening hours we suggest you consult the tourist information desks at Marina Grande and at the Piazzetta.